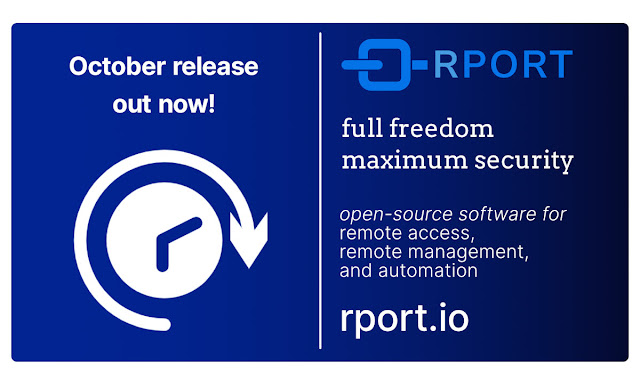 Another major release of RPort went live today. RPort is an all-in-one remote management suite for heterogeneous environments. RPort is released as open-source software and can be self-hosted.

🔥 What’s new in this release?

💡Updating the RPort server and clients is fast and easy. Learn more.

We are working night and day to finish the following features before the end of the year 2021:

Details about the new features

You can now view, sort and filter the managed systems in a table view.

It’s an alternative to the client list on the left side, where all details of the remote system cannot be displayed. 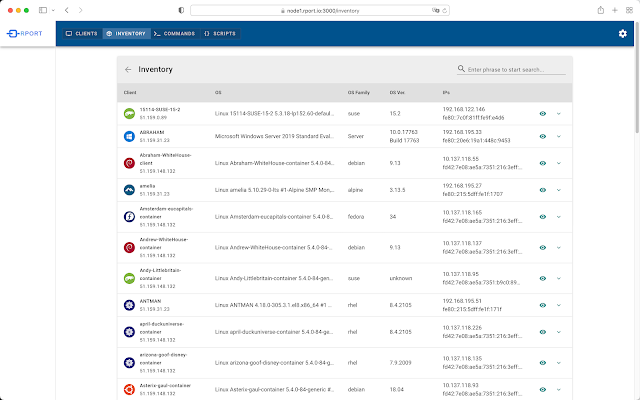 For the parallel execution of commands and scripts, it is now possible to filter the target by almost any value of the inventory. This enables you to execute a script, for example, on all hosts running on the same operating systems or inside a given subnet. Multiple filters can be combined. 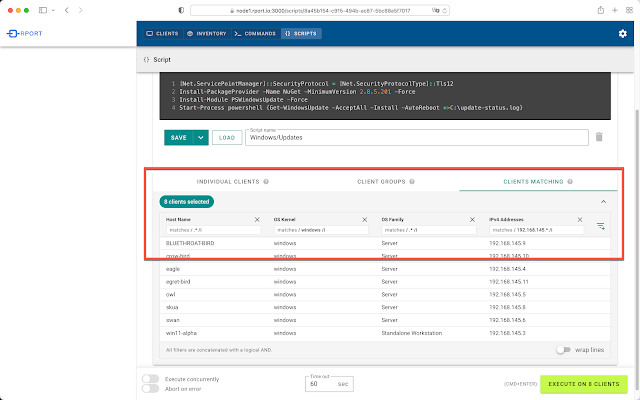 If you prefer dark user interfaces over bright ones, give our new dark theme a try. 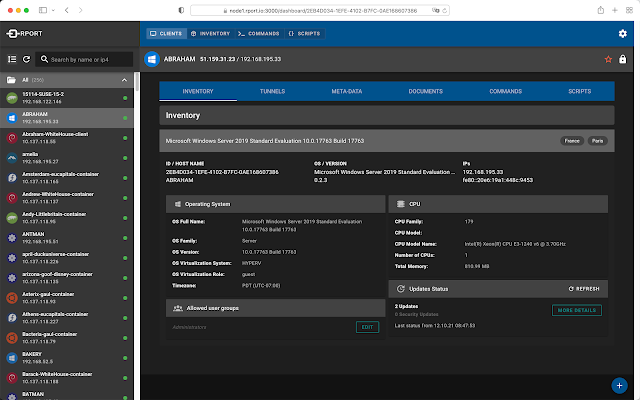 Tacoscript is a declarative scripting engine that allows fast and easy execution of common tasks. It’s inspired by Saltstack and Ansible but without the hassle of a Python installation. If you want to try it, activate experimental features on your settings first. Read more

You can now write longer documentation for your managed systems and store it inside the encrypted vault. This allows you to share knowledge with your teammates. This new feature can also be used as a logbook to record manual work done on a remote system. 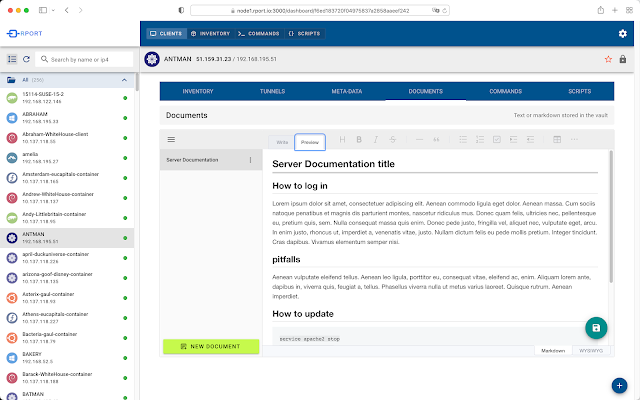 The RPort Client can connect to a list of fallback servers

In case the main RPort server is not reachable, a list of fallback servers is automatically connected. This is just the first step that enables you to run a high availability setup. Read more

Popular posts from this blog 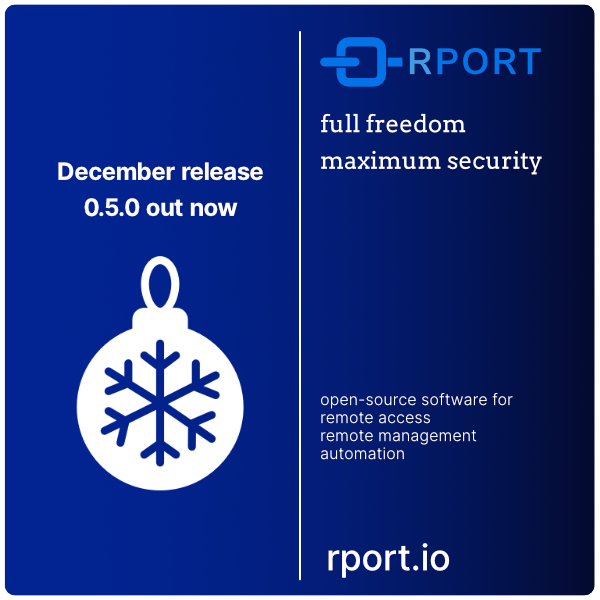 RPort is an all-in-one remote management suite for heterogeneous environments. To not give the keys to your castle to a stranger, RPort should be self-hosted.  More teamwork, more power!  RPort lets teams manage and automate their Windows and Linux devices - desktops, servers, and any device from an intuitive, browser-based dashboard. It provides a comprehensive view of the entire IT inventory. Users can securely log on to remote systems behind NAT. Firewall changes or a VPN are not required.  RPort is designed for maximum security. Spying on credentials is technically impossible. Users always have full control over their  #data . 🔥 What’s new in the 0.5.0 release? 🚀 New features: TOPT (time based one-time tokens). You can now use 2fa with popular apps like Google or Microsoft Authenticator. Read more . New audit log, follow up who did what and when. Retrace which command has been executed and what were the results. Screenshot Monitoring of CPU, memory, disks and processes. The API
Read more

Windows Patch Management from cloudradar GmbH on Vimeo . The latest version of RPort provides the option to supervise and apply pending updates of the Windows and Linux operating system. The video demonstrates how to manage Windows updates via the web user interface of RPort. You will learn how to update a single machine and many machines in parallel. RPort is a free, open-source software for remote access and remote management of heterogeneous landscapes. Update a single machine If you select a client that runs in Windows, the number of pending updates is displayed on the right side. Clicking on “more details” opens additional information about the updates. The RPort agent that runs on the managed system has access to the Powershell. This way, you can apply updates directly from the web user interface. Scroll down and click on “Script”. Select “Powershell”. Type in the following script: Install-PackageProvider -Name NuGet -MinimumVersion 2.8.5.201 -Force Install-Module PSWindowsUp
Read more