Next release of RPort announced 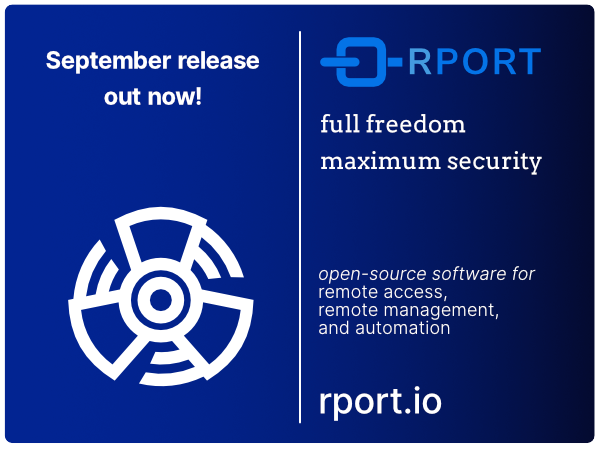 We are planning the next release or our remote access and remote management software, RPort. RPort is open-source, giving you full freedom and maximum security.

What's new in the September release?

Popular posts from this blog

Problem: supply chain attacks The supply chain in information systems is a huge pyramid, often with the cloud-based infrastructure of a commercial software vendor on top. Instead of attacking a single computer or the network of just one company, the top of a software supply chain is more attractive because malware is distributed to thousands or millions of victims. We had several of these supply chain attacks recently. Public infrastructure got damaged and millions of euros of ransom has been paid. A super attractive target for attacks are remote management systems running in the cloud. Imagine there is a national cleaning service that cleans all houses in a country. For the comfort of the customers, the cleaning service has keys to all houses. The box with all the keys is very attractive for a burglar. The comparison lags because in information technology it happens on an international level. Companies that run remote management SaaS have the keys to fully access billions of computers
Read more

Is RRort an alternative to Kaseya VSA? 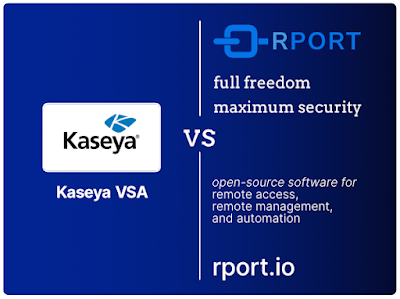 Is RRort an alternative to Kaseya VSA? After the horrible cyberattacks against Kaseya VSA in July 2021 you might be worried if VSA is still a secure solution for you.  Supply chain attacks are becoming popular and any cloud-based services with a large customer base and direct access to connected devices – often via manipulated updates – are getting into the focus of attackers. The downside of cloud-based services If you are seeking alternatives to Kaseya VSA, first ask yourself if a cloud-service is still the best choice. Yes, it’s handy. You get a lot of comfort, everything comes built-in. You don’t need to maintain anything. That’s one side of the coin. Kaseya and SolarWinds demonstrated what the other side is. If wrongdoers take control over parts of the cloud infrastructure of your provider, they get also control over your connected devices. In case of a connected RMM it can result in a full control over your server or entire infrastructures. Beat in mind that “cloud” is an undefi
Read more